Is your Workforce Safe? See how we are helping during the COVID-19 Crisis Click for more details 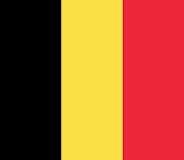 Its been a World Cup full of surprises with some incisive supply chain analogies along the way. The legendary German Manager, Joachim Low was accused of picking players past their “best before dates”. Spain’s “tiki-taka” football failed to break down a robust Russian defence with no supply chain to the strikers. Messi and Ronaldo were unable to galvanise Argentina and Portugal, showing that football like a supply chain requires collaboration. And the use of the Video Asssitant Referee (VAR) has demonstatred that no sector is immune from digital disruption! Lets look at what we can learn about supply chain management from the 8 teams that did make it to the Quarter Finals.

They have assembled a formidable squad of players and their second team probably could have reached the quarter finals. Flexibility to play different styles, incorporating, speed, agility, and strength. A great model for any company wrestling with the challenges of omni-channel distribution.

The most successful team in World Cup history having won the tournament 5 times, who doesn’t love the way they play football. Individual flair, passion, tradition; there is an aura when they step onto the pitch, which must frighten the opposition. Benchmark your supply chain against the best.

Finshed third in the 1998 tournament only 7 years after the formation of the country. They caught the attention when they came through the “Group of Death” as winners. Every supply chain needs to be aware of the threat of disruption from new challengers.

The so called “golden generation” of players and a long list of local/overseas managers have failed to redeliver the glory of 1966, the only time they have won the trophy. Harry Kane’s the leading scorer in the tournament and they finally came through a penalty shoot out after years of missing out. Football’s only coming home if can they deliver the last mile.

The Clairefontaine Academy set-up in 1988 for elite young footballers is the envy of the world. Within 10 years of it opening France had won the World Cup for the first time. The production line continues with current wonder boy Mbappe one of the alumni. Attracting the best young talent into supply chain management and providing professional coaching is a must.

Ranked only 70th in FIFA’s world rankings even their own fans had low expectations. Resolute defending, organisation and resilience have taken them beyond the country’s dreams. Forecasts are often wrong, local knowledge helps and if everyone is working to the same plan then great things can be achieved.

A solid World Cup record but pundits questioned how this team would fair in the post-Zlatan era. They responded by coming top of a very tough group and have demonstrated, togetherness, spirit and determination. Always travel with a large support, they show the importance of delighting your customers and exceeding their expectations.

A team steeped in history, winning the inaugural tournament in 1930 and then again in 1950. Solidarity and grit were on show when they beat Portugal, with their world class strikers Suarez and Cavani dropping into mid-field to help the team. The best supply chains operate without silos and front line leaders must set the highest standards.

What else is in our toolbox:

Transform Inventory Cycle Counting for Pharmaceutical Companies with mInventory
The COVID-19 pandemic has underlined the importance of uninterrupted supply chains and efficient inventory management in the pharmaceutical industry....
Read More
Best-in-Class Connected Worker Platforms Improve Front-Line Worker Safety
Improving productivity has been at the heart of every digital transformation solution for front-line workers for as long as they’ve existed. While...
Read More
Using Guided Work Instructions to Prevent Tribal Knowledge Loss at Industrial Plants
The Great Crew Change is upon us. If you haven’t heard of this phenomenon yet, you soon will. It’s going to have a tremendous impact on your plant’s...
Read More
Scare Off Ghost Assets & Improve Your Financial Statements through End-to-End Fixed Asset Tracking
Baby Boomers and Gen Xers will remember the cartoon character Casper. Casper was a ghost. But he was different from other ghouls and spooks. Casper...
Read More
8 Evaluation Criteria to Help You Select a Best-in-Class Connected Worker Solution
You’ve decided to join the digital transformation revolution and are now examining a Connected Worker Solution for your industrial facility....
Read More
5 Warehouse Best Practices to Mitigate COVID-19 Risks & Workplace Safety
The current COVID-19 pandemic has highlighted the importance of supply chains in our everyday lives in a dramatic way. Under normal circumstances...
Read More
Connected Worker Risk Assessments to Optimize Your Plant’s MRO Program
No one needs to tell you that maintaining your facilities’ production units, lines and equipment costs a lot of money. And it’s probably not news to...
Read More
A Connected Worker Solution for the Life Sciences Industry
The COVID-19 health emergency is a double-edged sword for the life sciences industry, which is playing a vital role in fighting the pandemic....
Read More
Dynamic Regulatory Forms to Empower the Food & Beverage Industry’s Connected Worker Strategy
Four out of five Americans today live in an urban center, according to the U.S. Census Bureau. Few of these urban residents raise or process their...
Read More

GET IN TOUCH WITH US